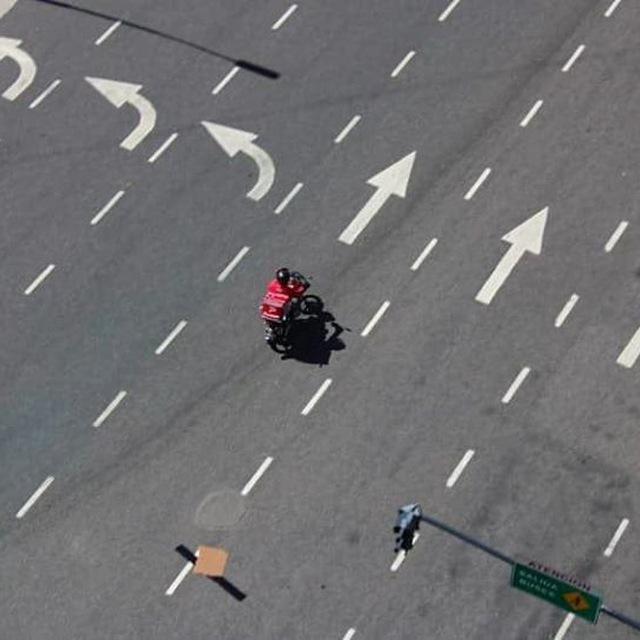 The crisis triggered by COVID-19 makes us feel angry and frustrated, not only because of the implications of the pandemics itself, but also because it shows, clearer than ever, the precarity of our lives as migrants in Berlin.

We saw in the news the images of workers from Rumania being brought by plane by the German government in order to work at the asparagus harvests, exactly at the time when the prevention measures were being applied and borders were being closed. We believe this is an image that condenses the hidden face of the German economy: its development lays on the backs of migrant workers.

The pandemic makes clear which jobs are essential for the functioning of life. While many jobs can be suspended or transferred to home office, others need to continue as usual: in the care sector, in hospitals, in the fields, in the transport of products, in supermarkets, etc. Paradoxically, these are often low-paid jobs with poor working conditions. Even though many people might be surprised, we are not: a great amount of the jobs “relevant for the system” are made by migrants.

A clear example of how Germany manages to attract workers for these tasks, is the visa with which many people come from Latin America: the Working Holidays visa. For many of us, it is the only way of working and even saving money under more stable conditions as the ones we have in our countries of origin. For the German economy, it is a way to find people to do the jobs many Germans might not want to do: cleaning, delivery, working in the care sector, etc. This makes us naturalize the fact that Helpling (domestic cleaners app) keeps up to 40% of our daily income.

The Working Holidays Visa makes the inequalities between countries evident: whereas many of those who have access to this visa come from privileged sectors in our countries (we need to show savings in euros, many of us went to the university or have English knowledge, etc), but in Germany we are the bottom of the pyramid. It is no coincidence that this visa is only available for people between 18 and 35, rank in which unemployment is the highest globally(1). Of course, this visa is only valid for one year. If we were allowed to be in Germany longer, we would aim for different jobs and demand better working conditions.

Let’s unmask German economy: it is not and industrial economy where “capitalisms works well” and “everything is fine”. It is a state that, because of its position in the world system, loots and exploits territories and peoples in order to boost its own development.

Germany and its Neighbors, a Toxic Relationship

There is nothing new in what we just said. Since the end of the Second World War, Germany resourced to precarious migrant workers to boost its economic growth. Large contingents of people from Turkey, Italy and Spain built the economic book of the 1960s, followed by migrants from East Europe, Middle East, Africa and Latin America in the following decades.

The closure of borders triggered by the COVID-19 made the asymmetries inside Europe evident, and challenged the idea of European “community”. It is now clearer than ever the role of the work done by migrant workers from Eastern Europe over the past 30 years. After the fall of the Berlin Wall, Western countries promoted neoliberal measures in the ex-Soviet countries, such as the privatization of companies, which resulted in the fall of industrial production, loss of jobs and fall of salaries. The result of this is that the average salary in Germany is nowadays from four and up to nine times higher than in Poland, Rumania and Bulgaria (2), situation that encourages people from these countries to migrate. Does it sound familiar? It is a similar logic to that imposed in different territories of the “third world”, and shows how Europe complements the global periphery with an internal one.

We should not be surprised that the European countries most affected by the COVID-19 crisis are Italy and Spain, where “fiscal austerity” policies have been applied since the 2008 crisis (mostly cutting state spending and privatizations). This includes important reductions in the state investment in the health system (3). This situation shifts the focus once again to whether Europe will face this crisis as a unity, or whether it would be “each one on their own” and every country should face the crisis with their own resources.

Subsidies During the Pandemic. For What?

The iron law of capitalist societies is that workers are not only bodies to be exploited but also subjects who consume. This explains why in Germany, even with the lower salaries, the buying capacity is higher than in other countries.

One of the bigger concerns of governments and companies is the fall of the propensity to consume, which is now around 22 points and constitutes the highest since the 2008 crisis (4). When analyzing the relief measures announced by the German government in the past weeks, we can see that one of its goals is to maintain the levels of consumption. The amount of money invested in direct subsidies is, to the time of writing this declaration, 254.000 million euros (which, to have a point of comparison, is around 60% of the GDP of Argentina and around 100% of that of Perú and Chile). Also, around 800.000 million euros are destined to credits to companies, with the goal of maintaining employment and the production capacities in relatively normal conditions (5).

Direct subsidies are destined to a population whose working conditions do not allow them to keep their incomes during the crisis, and to many people whose jobs are seasonal or informal. Coincidentally, these are the working conditions typical for migrants. We can see clearly that we as migrants have a central role for the economy, not only because we work under precarious conditions, but also because we are consumers.

Thinking beyond the most immediate measures to face the crisis, most analysts expect, in the medium term, an increase of the precarity of working conditions and of state indebtedness (6). They also expect an increase of the control of mobility of migrants, at the time that, as most crisis, this one will also result in an increase of migration. How will Europe face this problem? What will be the role of migrants in the future? What tools will we need to face the upcoming crisis?

Even though within our migrant communities there are diverse experiences, there is a lot that unites us. We share the pain and anger for the historic looting of our territories, which makes the effects of this crisis devastating. We are united by our migration experiences and by the efforts to bring here the experiences of resistance and struggles in our territories.

We from Bloque Latinoamericano are starting to work on the topic of precarious working conditions for Latin American migrants in Berlin. In doing this, our aim is to work together with other organizations that have been working for a long time for better working and living conditions of illegalized people, for the rights of refugees, for the access of migrants to labor rights and social security, and for equal access to health and education. We believe we can all contribute to making sure that the way out of this crisis leaves no one behind, and it based on true solidarity.